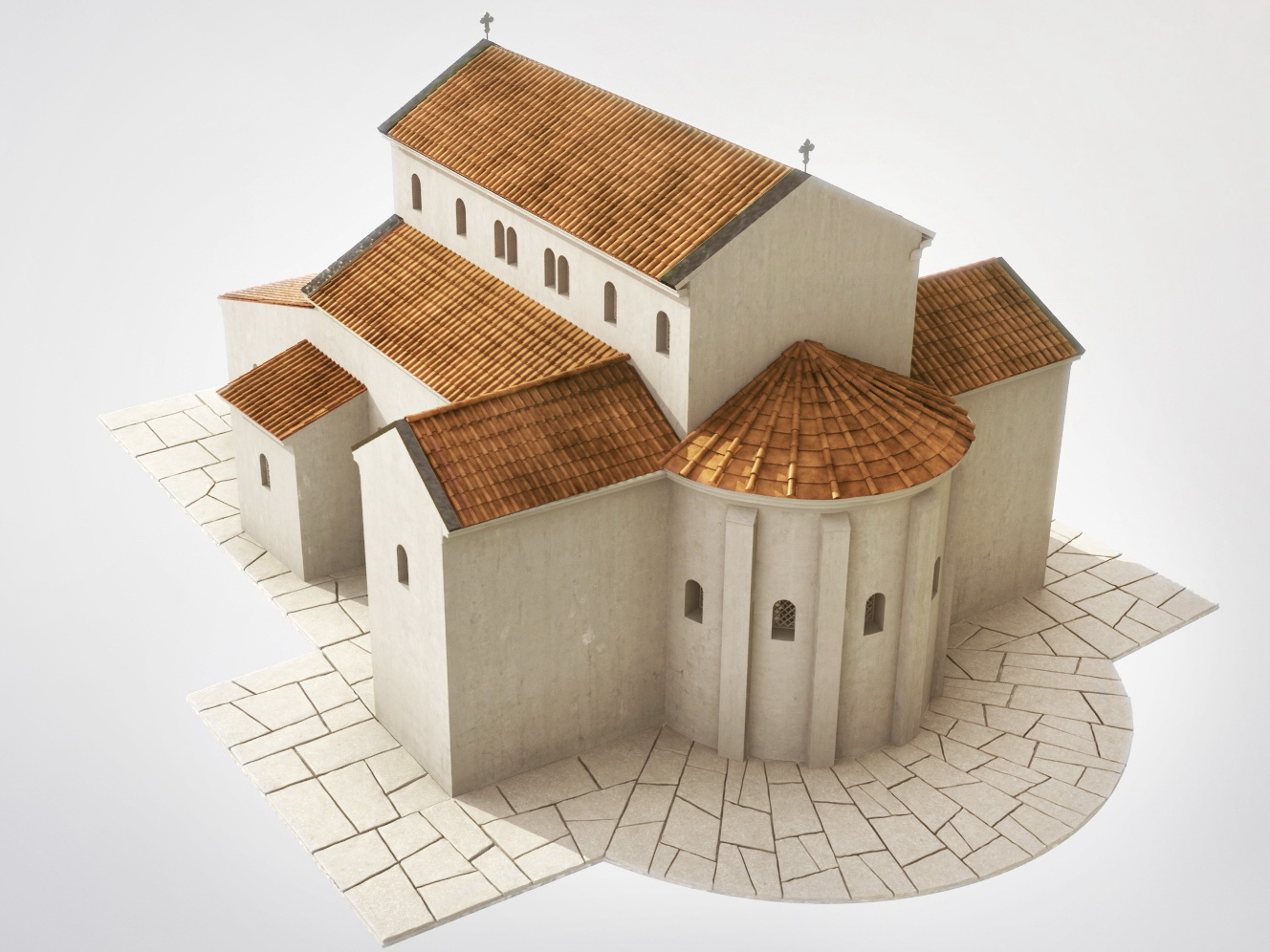 In the IV century in the forefront of Sirmium arose religious conflicts, first between the pagans and the Christians, which in 304, turned, into bloody clashes. The first bishop of Sirmium Irenaeus was put to death and after him also St. Demetrius, whose cult was later transferred to Saloniki.

After 313, when the free profession of the Christian faith was allowed, Sirmium assumed a marked part in religious matters. The position and prestige of the bishop of Sirmium left an important place to this town in the ecclesiastical administration which reflected itself in the stirring history of the Christian church and in dogmatic conflicts in the late antiquity and in the early Middle Ages.

Several councils were convoked in Sirmium to solve determined dogmatic questions among which the central place was occupied by the Arianism. An important event took place in 364, when Valentinian I and Valens divided the Roman Empire into two parts, i.e. into, the Eastern Empire and the Western Empire and a little later because of the same affair, Gratia and Theodosius I met in Sirmium. The danger of a Barbarian incursion menaced the town for several centuries and at the end of the IV century Sirmium was brought under the sway of the Goths. Later, Sirmium was again annexed to the Eastern Empire, but as early as in 441 'it was conquered by the Huns. After the Huns' conquest, Sirmium will remain for more than a century out of the reach of the government in Constantinople, being in the hands of various Barbarian tribes.

For a short while, Sirmium was the center of the Gepide State and the king Cunimund minted golden coins in it. After 567, Byzantine Empire managed again to take possession of Sirmium, but only for a short time, because as early as in 579, the town was invested by the Avars who conquered it, after a long siege, in 582. This event marked the end of the period of late Antiquity in the history of Sirmium. For more than two centuries the fate of Sirmium was veiled with mystery. At the end of the VIII century, Sirmium probably belonged to the Frankish State of Charlemagne and from 829 – 830 the area between the Danube and the Sava was under Bulgarian rule. After having adopted Christianity, the Bulgarians restored in Sirmium, to all probability, the ancient diocese, having in mind old Christian traditions and the reputation this town had in the ancient world. The pope Hadrian II appointed Methodius as the bishop of Lower Pannonia whose seat was in Sirmium.

Sirmium entered also the State of Macedonian Slavs under Samuel and in it Sermon, probably one of Samuel's noblemen, giving time resistance to the Byzantine rule. After 1018 – 1019, Sirmium is again in Byzantine hands and is mentioned as the seat of a particular diocese. Since the end of the XI century, Sirmium was entered the sphere of interests of the Hungarian State. The struggle was carried on, with a variable success, for more than a hundred years, until in 1180, after the emperor Manuel I Comnenus, the Byzantine Empire gave up for ever the territory of Srem, surrendering Sirmium to the young Hungarian State.